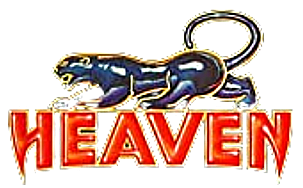 Heaven were a live show act and toured extensively. Here are just some of the dates and venues that they played. There are hundreds more – so, if you know of any that aren’t listed here, then please email support@bluepie.com.au and let us know the dates. That would be a great help!

Heaven have toured, shared the stage with an incredible list of iconic acts, some of these artists were widely regarded as the biggest touring bands at the time: